I miss that child’s voice that wakes me up every morning. Her voice singing warmly driving the early morning cold away. Singing in the Hausa dialect like a sweet bird. She came adopted, but she became part of a whole. Her father died living her to her mother to raise but the mother had other plans. She ran away living her behind. Esther is a slim beauty, dark in complexion and has the sweetest of smiles and voice. Her kind heart, means everything to father. Children are our blessing, though a lot of them roam the streets, I find it is never too late to reach.

Once I met another, she called me ‘kafura’ that is infidel but I was not bothered. I smiled at her in response, she searched my eyes with curiosity. I asked of her name, she is but only about seven. She whispered ‘Amina’ I told her I was not mad, afterall she did not know better. Tried to smile with an empty gaze. Little girl, let me tell you about ‘kauna’ that is Love. We are sisters you see, raised by separate religious beliefs but you see, love, everyone can identify it. I made her pronouce it. I gave her a gift and went my way. The next time i saw her, she rushed to help me with the firewood I was carrying. She called out, ‘Kauna’!

There are so many like them. Will you dare raise them to be respectful and hospitable. Teach them first love and you would not have to worry about them in this cruel world? They will thrive and will not fear. Perfect love casts out all fear.

ShareMy first love conquered my heart when I was just a child. Apart from being God, He was closer to me as Friend and Father, showed me visions and kept me company. I knew the sweetness of His faithfulness early as a child of five. This testimony, is the first that my mind can recollect…. 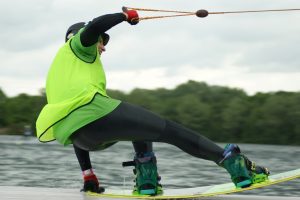 ShareIn the dead of night, I sat up thinking upon a feeling. A feeling that has been asleep when I would not sleep. Some people call it a desire, others say it is zeal. The cold night was cold and the clouds heavy with a child. I hear the heavens groaning as in labour and…

ShareShe had a Father whose favor she had, whose gift was perfect. Grace, beauty and intelligence. It did not make her give praise, she grew proud. Her Father did not condemn her, He pursued her, sent her His sons and daughters to warn her but did she listen? Her tired legs shuffling down the street….

ShareLost in her world, a calloused adulterous path. Her Vail painted with blood, her lips touched by poison. She walks the night, hiding from her shadows, whispering so her heart but it does not answer. Her fragrance goes after her, many men surrendered to her laps. When the mighty fails, what will the feeble do?…

ShareThe upheavals in Nigeria and the world entirely is and has become alarmingly frustrating. The rate of crime and poverty has only increased over the years. I will really like to mention one sector that has made me proud as a daughter of the soil, but it is indeed unfortunate. Banditry only thrives, the intolerance…

ShareThe plane tipped towards the earth, descending in to the land of the unknown. This is my first time being on a plane, imagine my excitement and fear. I did not know what to expect here but all ears. The face of the ground richly green and decorated by endless opportunities. The weather was moist,…